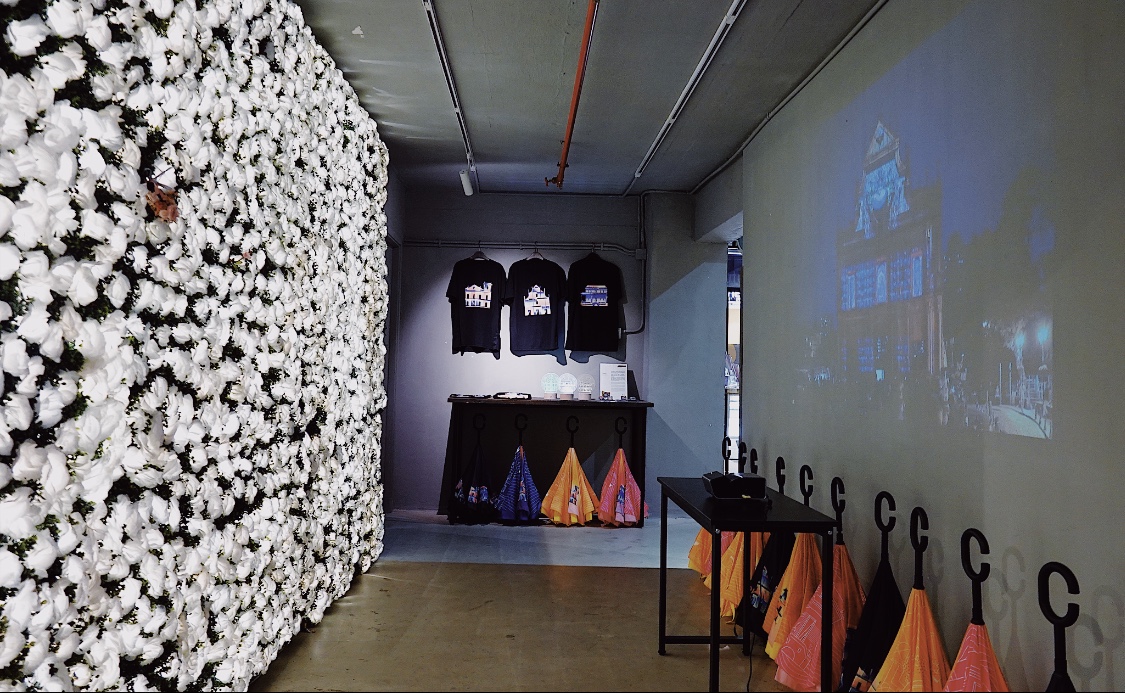 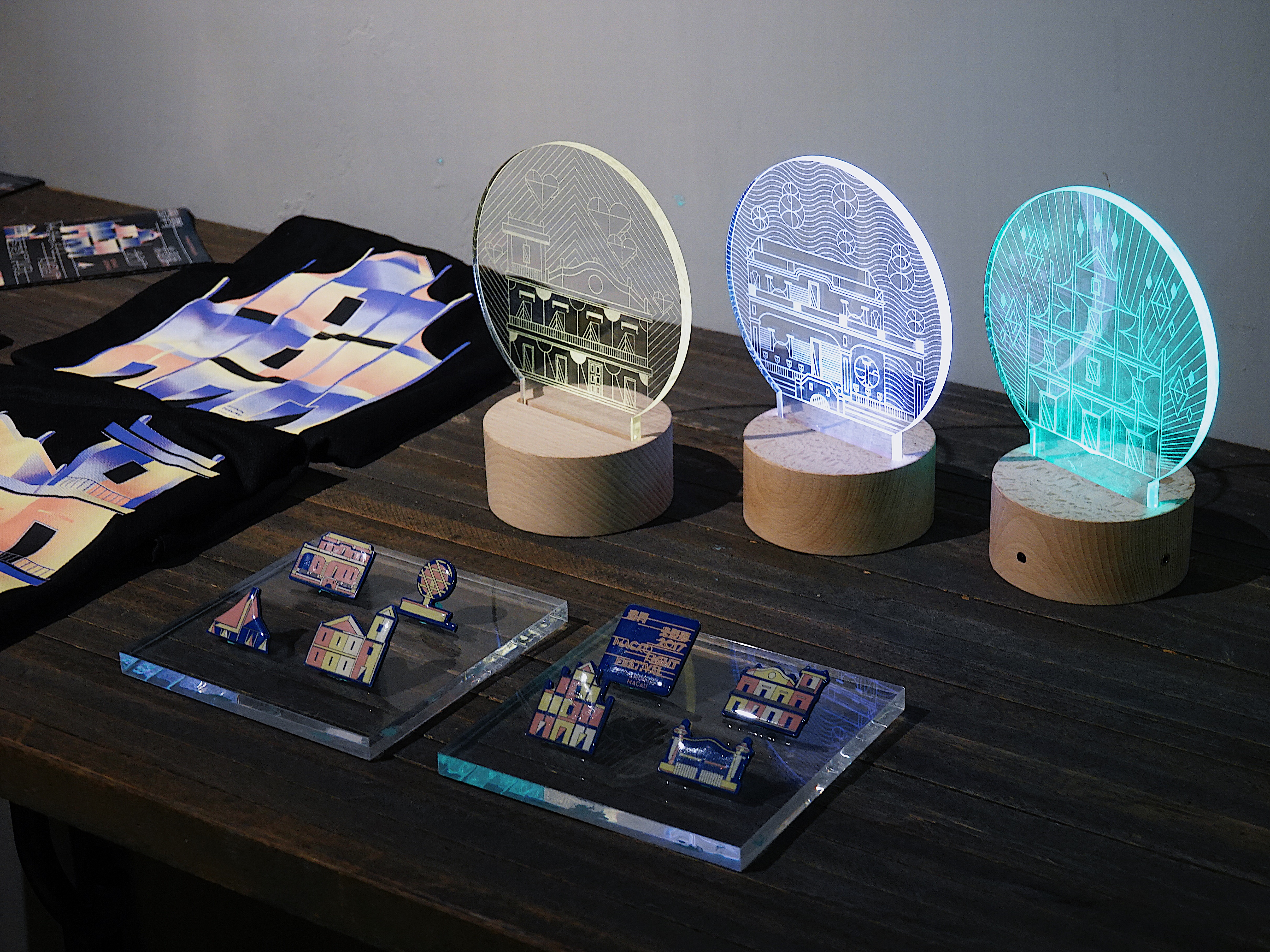 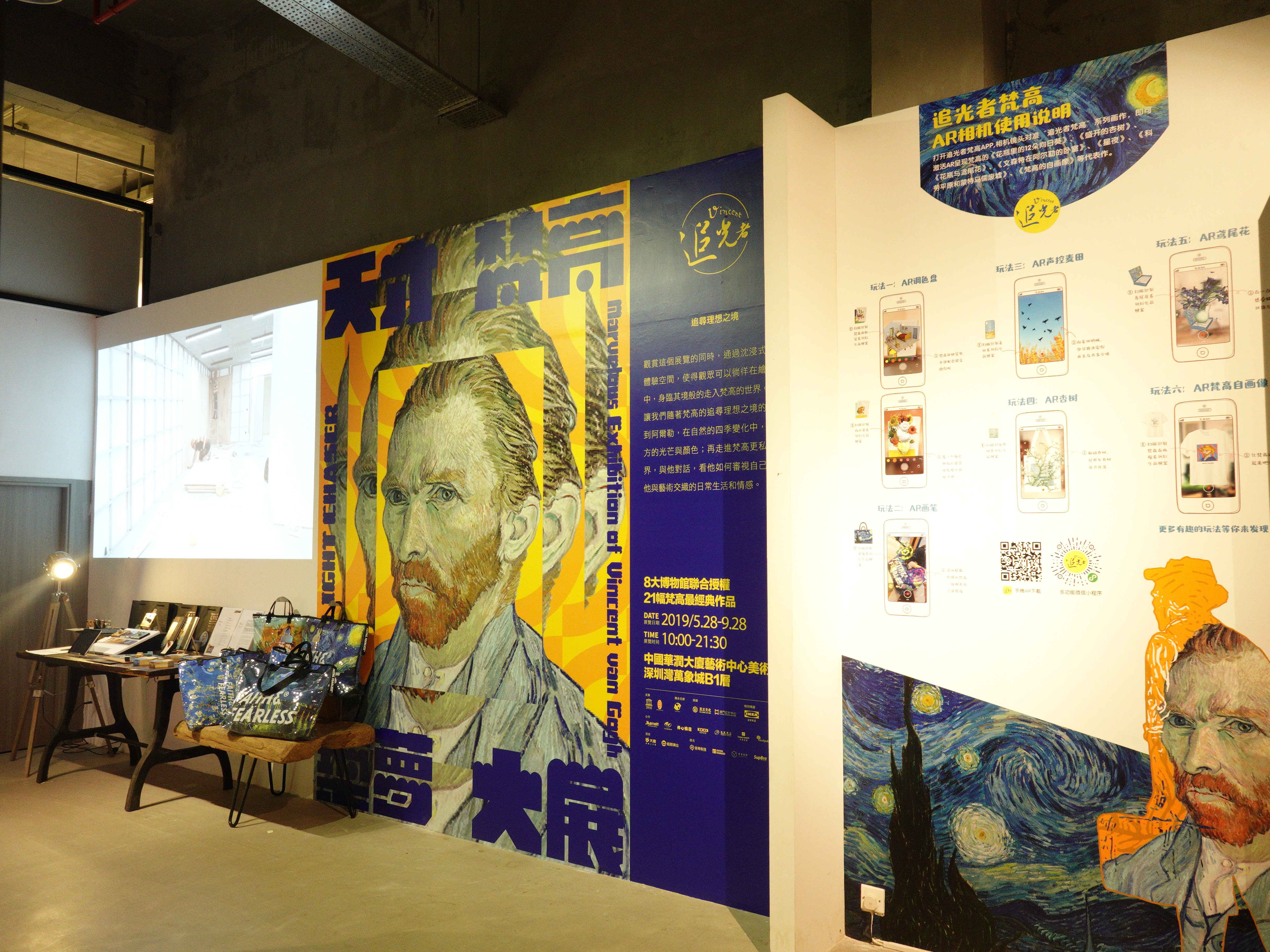 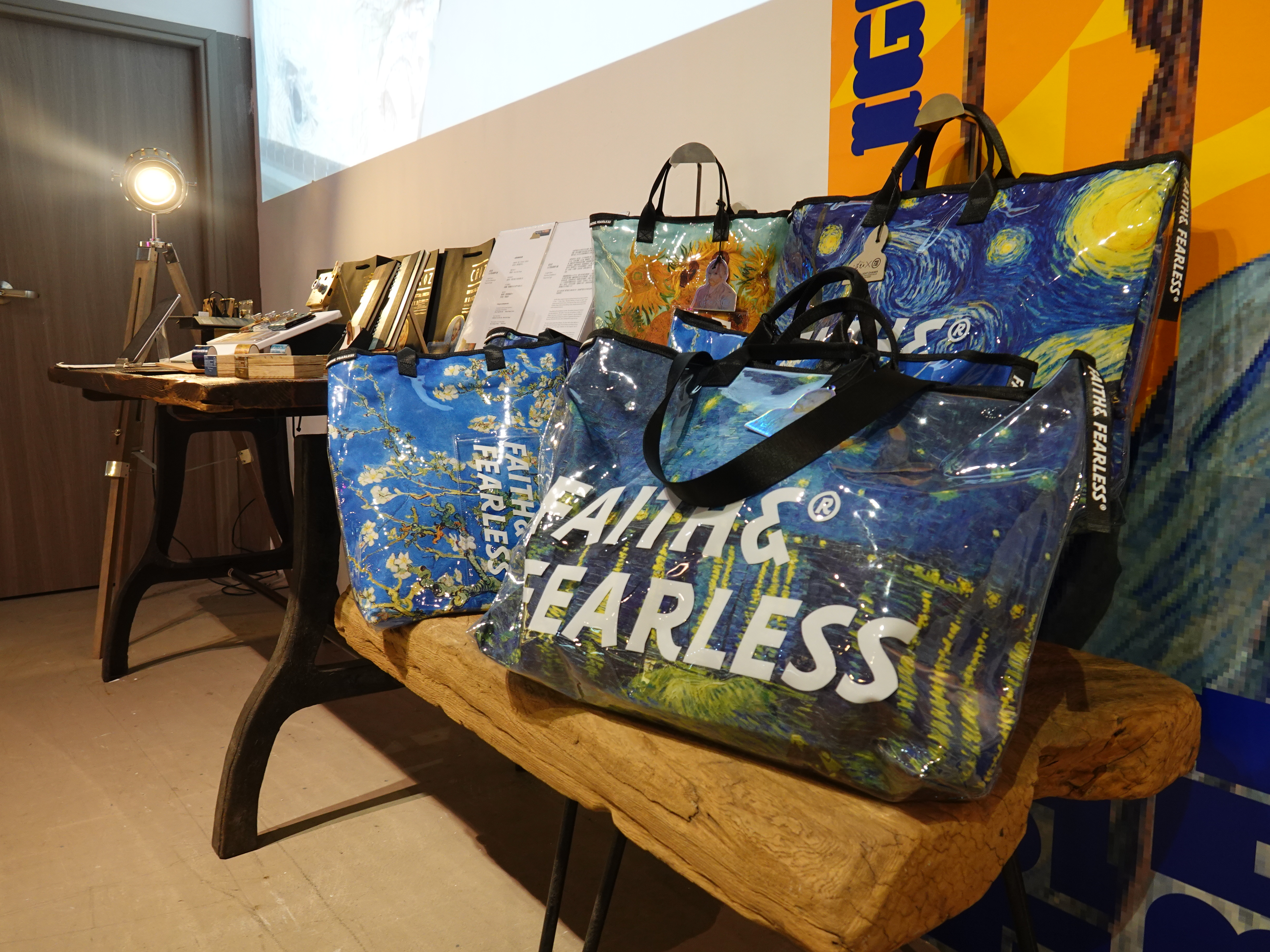 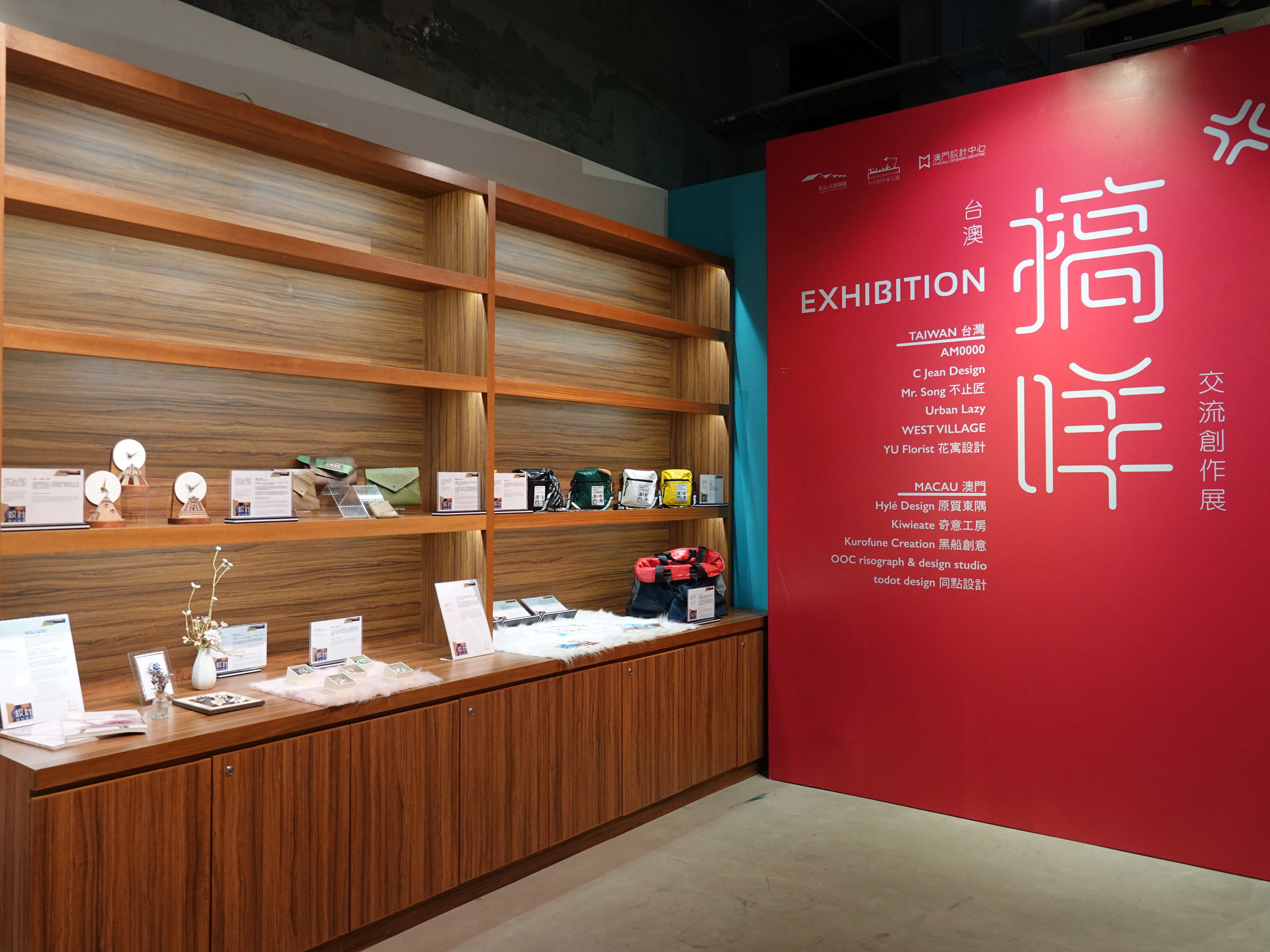 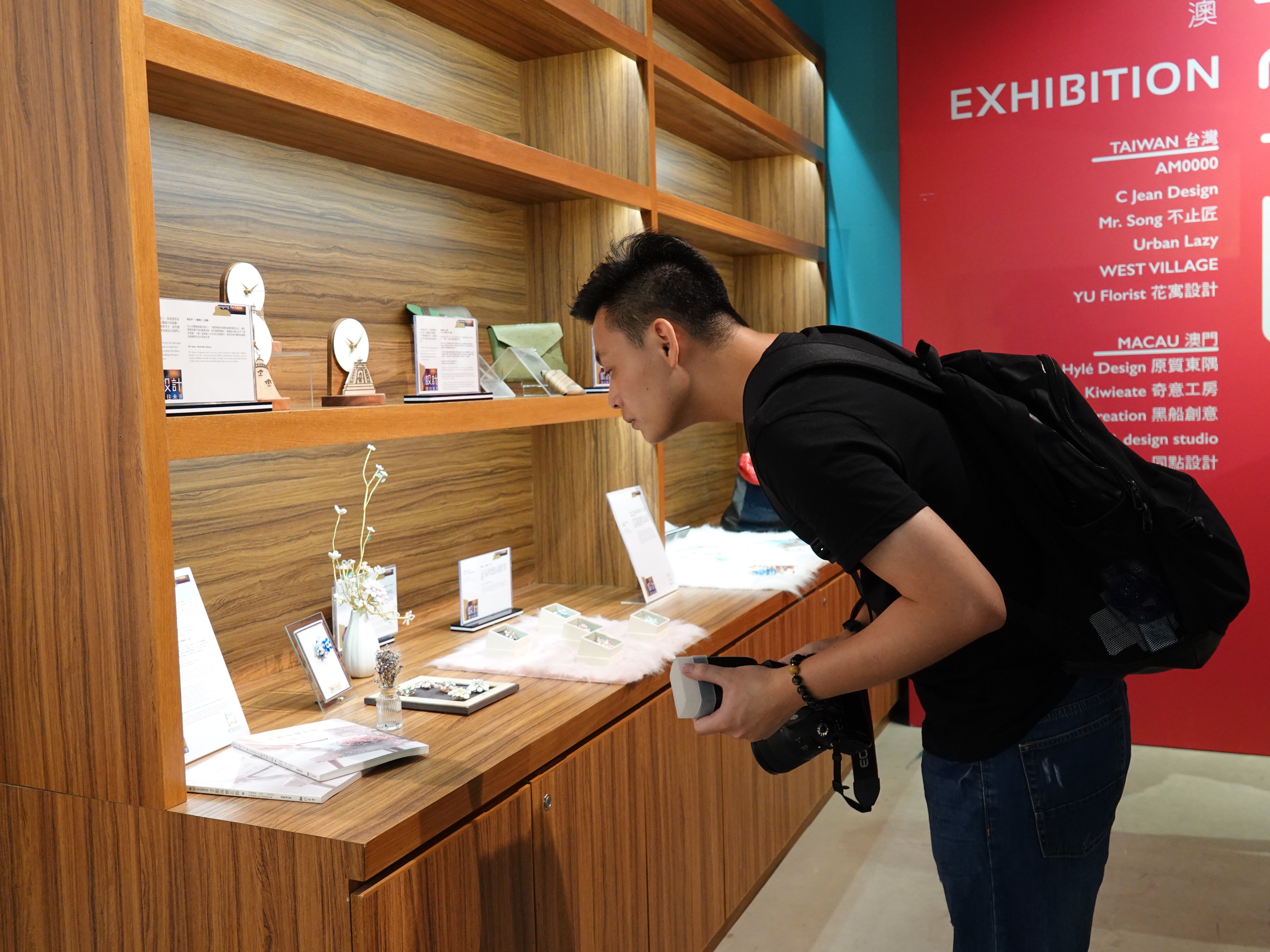 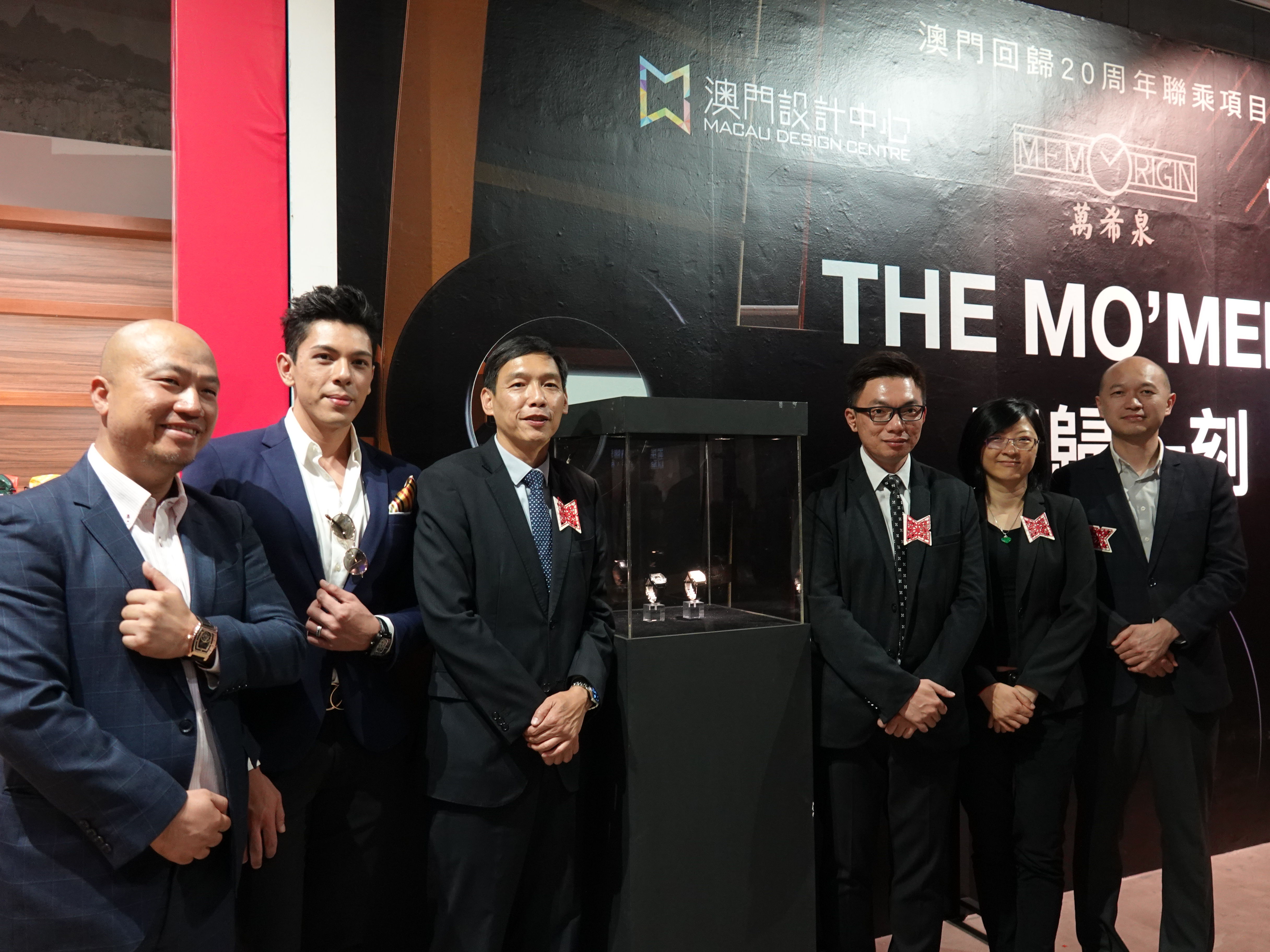 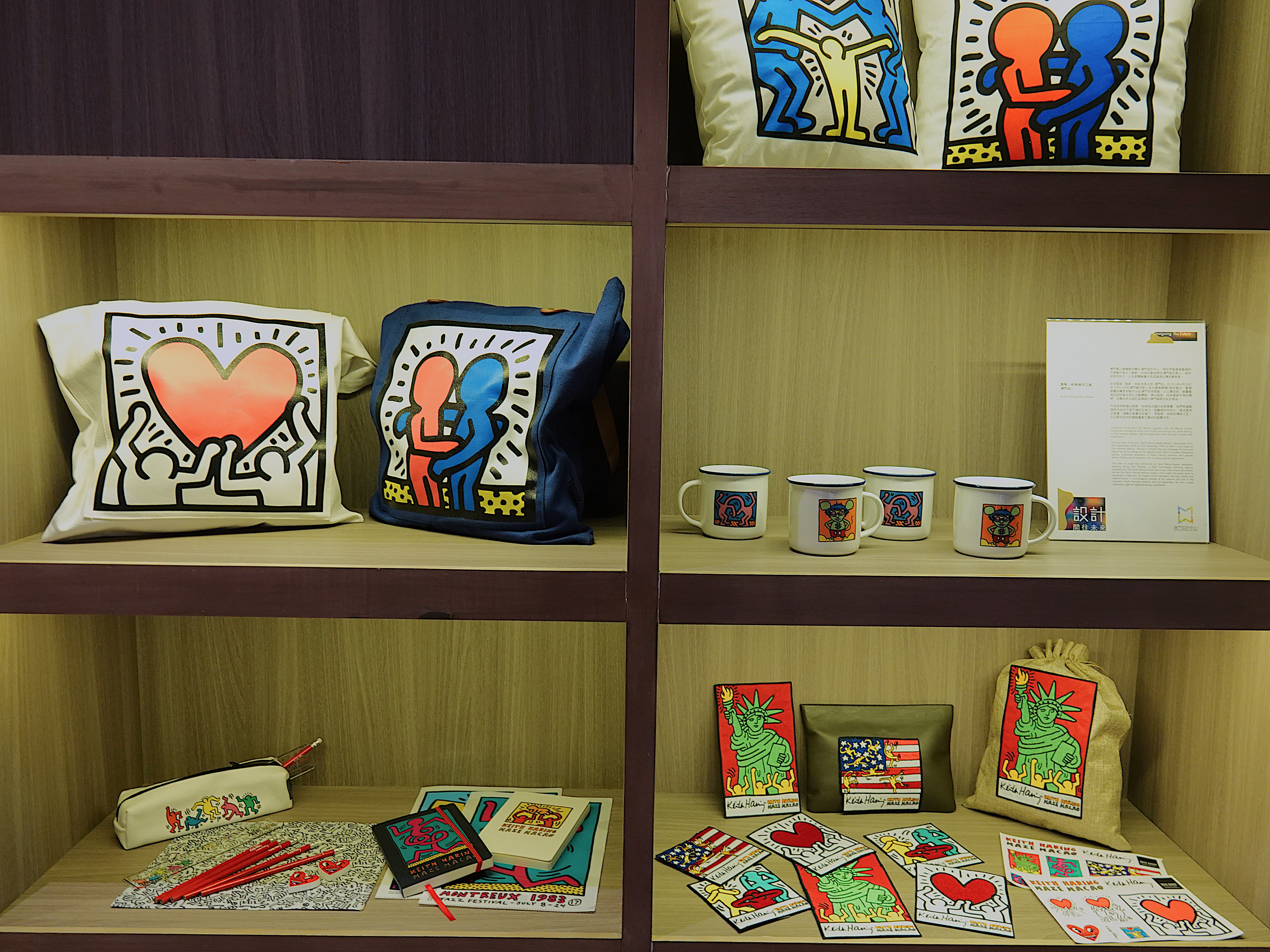 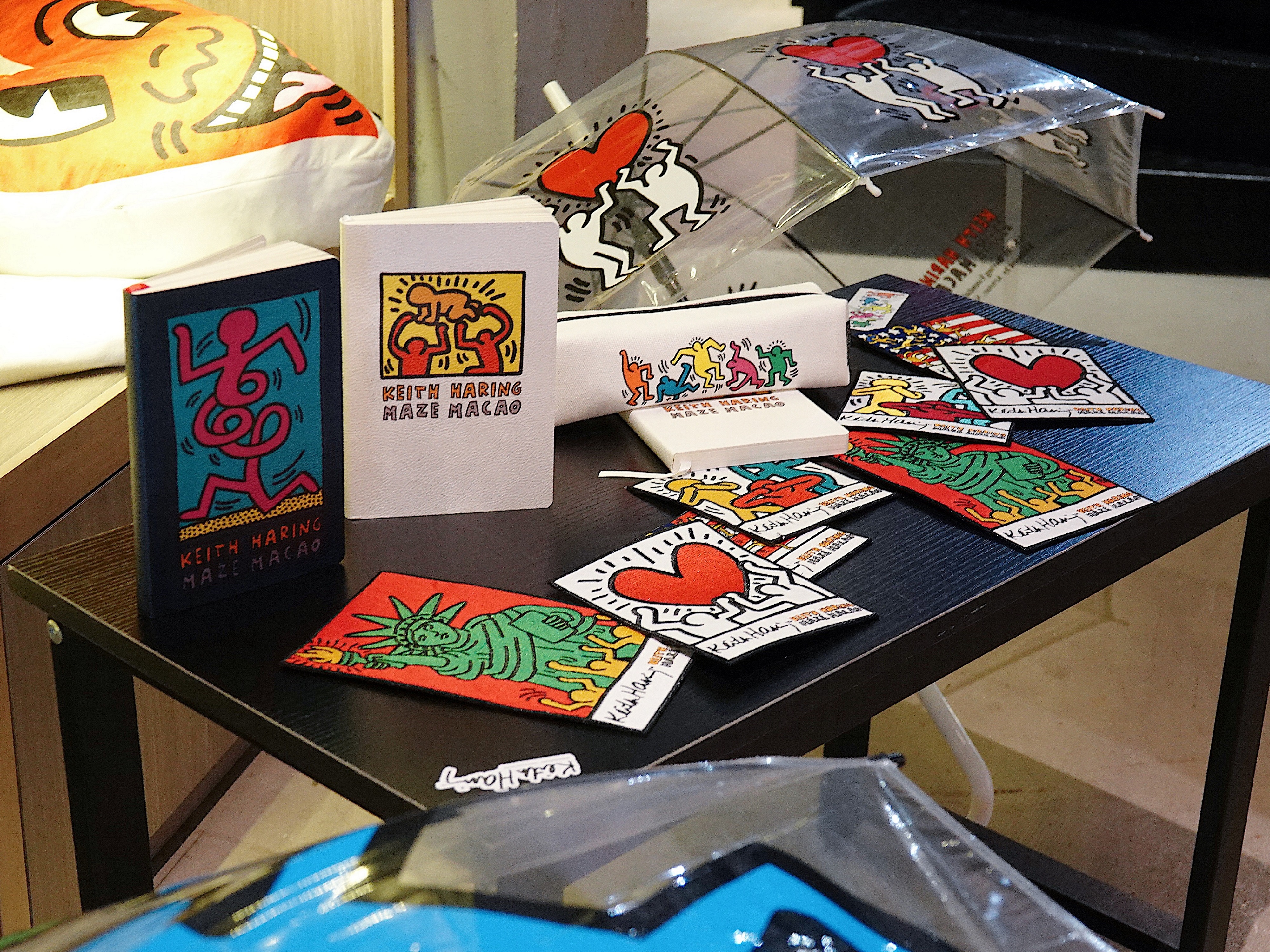 In the exhibition there are six areas showing the achievement of the major projects including “Specific Program of Financial Support for Cultural Creativity in Community Neighborhoods”, “Macao Light Festival 2017”, “A Light Chaser – Marvelous Exhibition of Vincent van Gogh”, “Taiwan & Macau International Designers Creative Exchange Project”, “The MO’ MENT” Tourbillon Watch and “Keith Haring Maze Macao”. The projects were all designed and planned by local design teams, including projection mapping technique, products and AR technology etc., to witness the improvement in the technology and professional standard of the design industry, and to showcase the efforts from the Macau Design Centre to the community.

Introduced by the Fundo Das Indústrias Culturais, the program aims to strengthen the development of small companies in the cultural creative industry, to elevate the value of the classic stores in the community by cultural stories.

The theme of this year’s festival, “Amor Macau”, presented in various forms and activities through Projection Mapping, Light Installations, Interactive Games, Exhibition, Dance, Mini Concerts, Movie screening, Light Dinner and so on, allowing participants of all age groups and visitors from all around the world to take part.

There are many tourists coming to join the “Macao Light Festival 2017” from all around the world, which is planned and created by Macau local designers and reported by hundreds of media, including media from Macau, Hong Kong and Taiwan, and also overseas. As from the official statistics of the Macao Government Tourism Office, during the festival, the number of tourists coming to Macau increased 50% comparing to the previous year for around 250,000 people, which is beneficial to the local dining and retailing businesses.

On 28th of May, currently the largest van Gogh art exhibition in China － “A Light Chaser – Marvelous Exhibition of Vincent van Gogh” grand opening was held in the Art Centre, China Resources Tower, which is cooperated by the Macau Design Centre and the ZhiZheng Culture, officially authorized by 8 of the world’s international museums.

The exhibition is currently the largest and officially authorized van Gogh art exhibition in China, which will be exhibited for 4 months. The exhibition showcases 21 selected van Gogh masterpieces which are officially authorized by 8 of the world’s international museums. With 3000 m2 venue area and 1730 m2 exhibition area, the exhibition is divided into 11 scene areas to provide the “Immersive Experience”, using the elements inside van Gogh’s paintings, allowing the audiences to appreciate the paintings as if they were in the world of the works, and to understand the concept and story.

The theme scenes include the Almond Blossom, The Dance Hall in Arles, Bedroom in Arles, Wheat Field with Cypresses, Harvest, The Café Terrace on the Place du Forum, Starry Night, self-portrait of van Gogh, Sunflowers and Paul Gauguin’s chair & biography of van Gogh.

In the exhibition, there is a variety of multimedia technologies including art device, projection mapping and interaction, mirror environment, 3D image, AR, music and multi-sensory experience, to provide “Immersive Experience”, for the audiences to feel and enter the artistic world of van Gogh.

The exhibition has been prepared for 1 year, led by the Macau design team in which The Macau Design Centre as the main coordinator, responsible for the overall coordination, planning, supervision and spatial design, visual image design, dynamic image design, AR interactive design and product design. The exhibition strengthens the brand image and capability in mainland China, provides a new direction of development for the local Macau design industry.

Macau Design Centre cooperated with the “Songyan Creative Hub”, which is established by SCCP Taipei, to organize an exchange program in which outstanding designers working together and showcase their works by exhibition. Designers from both Taiwan and Macau are exchanged for one month for them to create new works. Through different culture background and idea, the designers shared their thoughts, worked together to invent new product with Macau element, they also studied the possibility and effectiveness to output the product in large quantity.

On the theme of celebrating the 20th anniversary of the return of Macau, Memorigin added new elements to the traditional tourbillon. Its craftsmen adopted new technology and integrated the traditional watchmaking expertise together with the local designers of Macau by using various cleverly design elements. A thoughtful design concept presents a new original collection. Memorigin’s engraving technique has always been highly detailed. And the dial’s engraving pattern is also inspired by the Macau’s city flower – “Lotus”. The tourbillon looks like the lotus flower at 6 o’clock position with full of brilliance. The turning tourbillon also symbolizes the stability and prosperity of Macau. In order to match the theme of the reunification, the ends of the hour and minute hands are decorated with a big circle and a small circle. When the two hands overlap at 12 o’clock position, the two circles will overlap each other to form the meaning of returning of Macau.

Chessman Production Ltd. Macau together with the Macau Design Centre are honored to bring one of the icons of pop art, Keith Haring, to The Venetian Macao. See the legendary artist through a whole new experience!

The first ever of its kind “Keith Haring Maze Macao” showcased from 28th September 2018, to 31st December 2018, at Hall F, Cotai Expo of The Venetian Macao. The spirit of Keith Haring’s message of Love and Peace lies at the center of the special event which includes interactive games, sculptural renditions of Keith Haring artworks and special edition Macau event souvenirs, for a unique pop-art experience.

The idea of maze was conceived by local Macau-based designers, working along with Artestar, a New York-based licensing agency representing The Keith Haring Studio and many other prominent artists. As the first Keith Haring themed maze in the world, the event aims to showcase a selection of images which represent Haring’s vitality and determination in encouraging people to be positive and live in the moment. Keith Haring’s artwork and his legendary life are a great inspiration against negative energy worldwide.